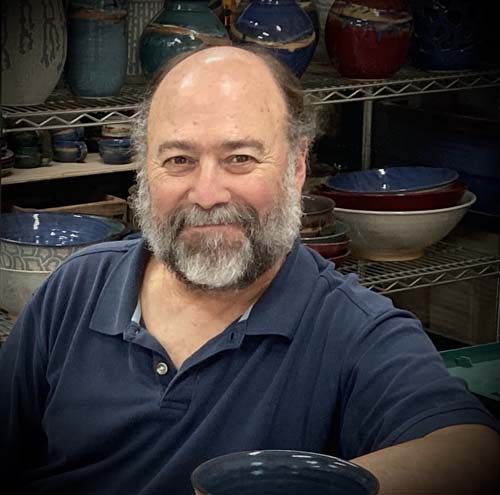 Timothy Weber traces the beginnings of his facility with form and mastery of craft to The Bauhaus. Nearly fifty years ago he served his apprenticeship with the influential Southern potter and textile designer Charles Counts who, in the 1950’s had apprenticed to Bauhaus-trained potter Marguerite Wildenhain. The influence of these masters is evident in Weber’s meticulous attention to detail, which has been further honed by a lifetime of working with clay.
The potter’s wheel is the heart of his workshop and he is a consummate master of the technique of throwing-raising a vessel from a rotating lump of clay. Many of his pots are decorated by a carving technique, known as sgraffito in which contrasting colors of clay are applied to the surface of pots and then cut away to the clay underneath. These are often augmented by applications of resists and glazes.
The free-glaze techniques he uses on many of his vessels, including some of those in the BuddhaBee Collection were inspired by an intensive workshop with the Japanese American ceramist Toshiko Takaezu many years ago. Expressionistic splashes of color and brushwork create a counterpoint to the precisely thrown vessels.
Timothy Weber’s work is made to be used and BuddhaBee can attest to its livability and durability-some pieces have been in her own collection for 40 years! In addition to countless private collections, his work is in many public collections including the Tennessee State Museum and the Japanese Embassy in Washington, DC. 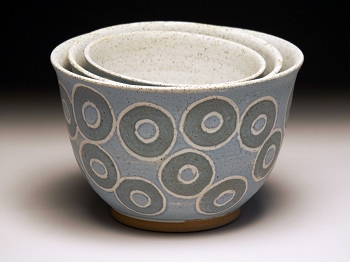 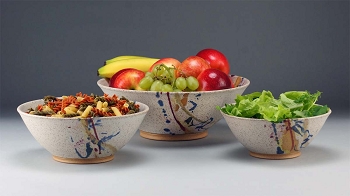 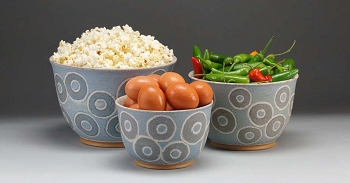 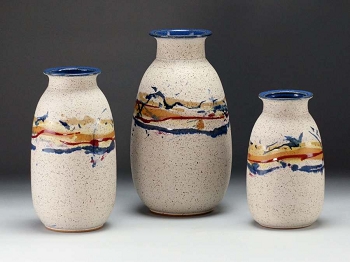 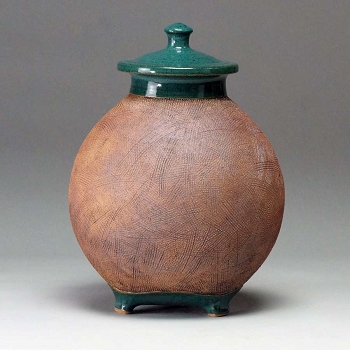